I understand it’s been a month since part 1 was published but I have been busy. Once petrolheads identify one another, it is only a matter of time before a common question is asked, “What’s your dream car?”. At this point, it is good to clarify whether that dream car be attainable or not. Often times, this question drags in surrounding participants and the next thing you know, a lively discussion between gearheads and plebs has sprung up. I was part of one such conversation at work and the car that triggered the conversation was the C8 Corvette 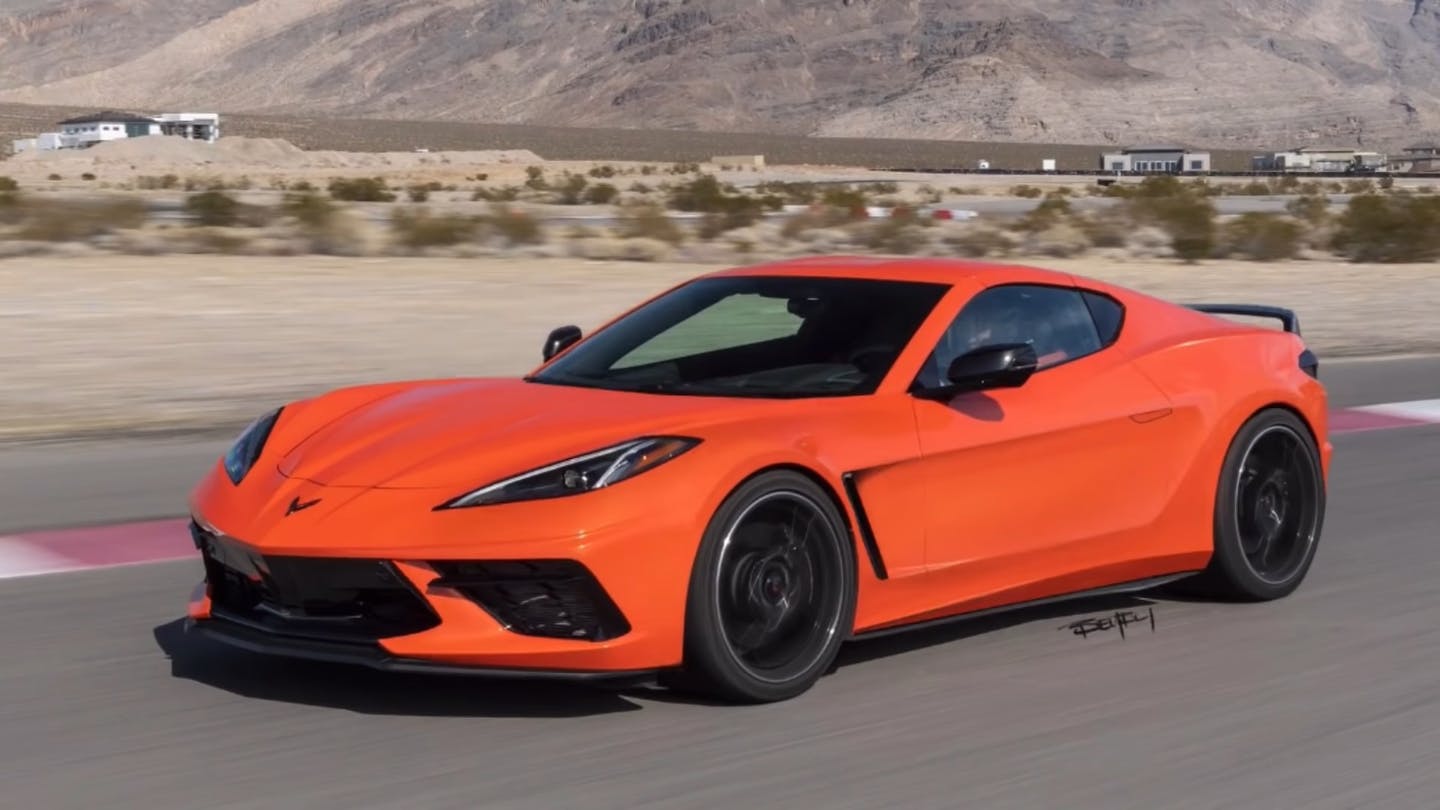 Obviously, this is a beautiful car. When I first saw it, it looked more like an Italian sports car a la Ferrari. The switch to mid-engine format has shortened the snout, balanced the weight, and changed the overall design and profile of the car. Again, I think it’s beautiful, but as a car, I fucking hate it. I’ll get into why later but my biggest complaint is that it no longer comes in manual transmission. What dignified human would buy an automatic Corvette… have some respect. But back to the conversation, I muted my response and instead focused on the aesthetics and beauty of the car. Sure, it has a great 0-60 time but people focused on that have sold their souls to the horsepower war gods and forgotten that the cars are so much more than a single statistic. We went in a circle and shared our dream cars, thankfully I didn’t have to go first as I honestly didn’t have an answer. Aston Martins, Ferraris, Porsches, your typical run-of-mill dream cars were shared but when it came to me, I did not have an answer. When I daydream research (you know what I mean), the cars I save and search parameters I use are very limited. For example, one search I love doing is:

As you can see, the cars that show up in my queries are not exactly anyone’s idea of a dream car. And so, I had to figure out what kind of dream car I wanted to offer up for criticism to my colleagues. I finally settled on a Bentley. Why? Well the search parameters above suggest that I would probably sell it and add a bunch of beaters to my fleet. That’s when I started thinking to myself of what my dream garage would look like. As I pondered this question and began formulating research for this post, I realized that my dream garage would be so absolutely massive and that really discouraged me from continuing with this post. So I think, rather than delineate my dream garage in its entirety, I would offer up a handful of cars that I’m really keen on at the moment. I will also offer up a handful of fun searches I like to use. I’m not getting sponsorship or anything nudge nudge but I like to use CarGurus and Autotrader. So without further ado, and in no particular order… 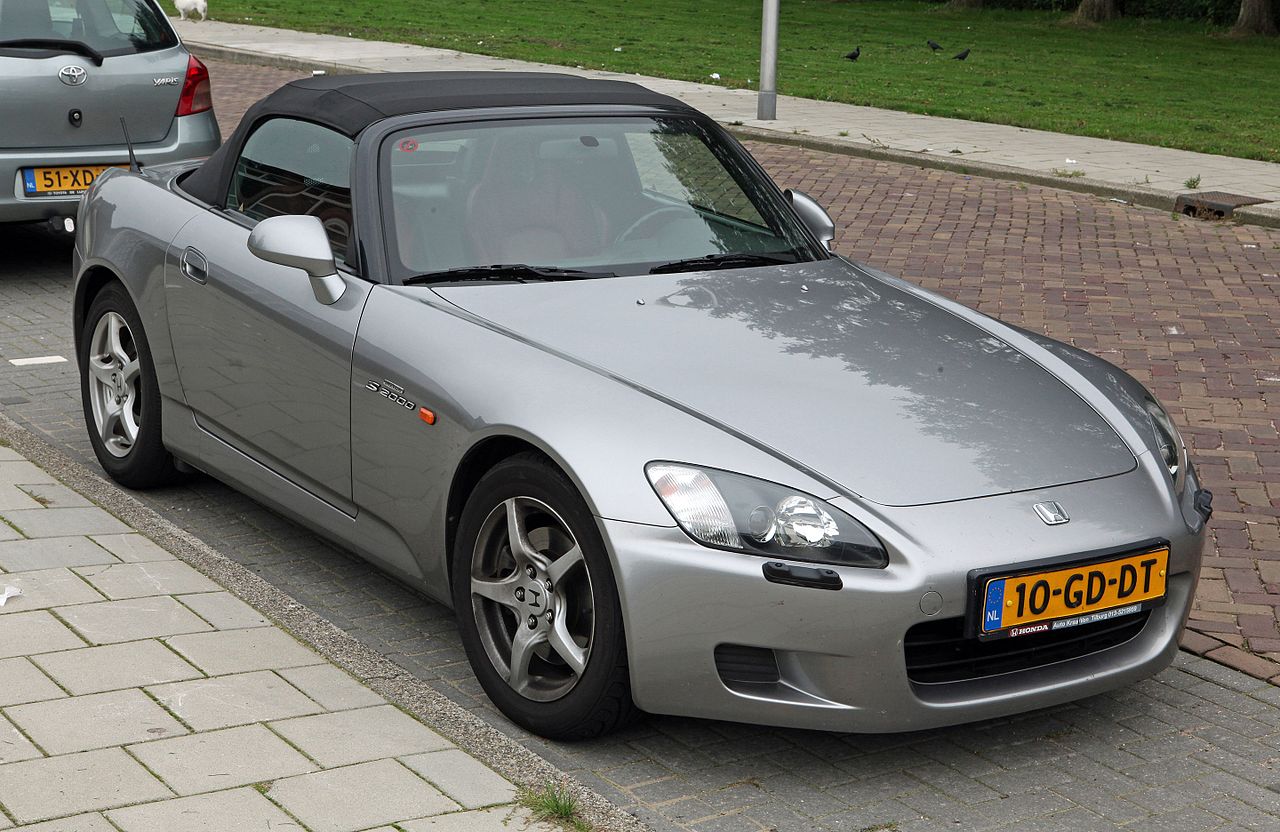 For the uninitiated, the Honda S2000 was Honda’s successor to the S800, which was in production from 1966-1970. The S2000 debuted in 1999 and was split largely into two designations, the AP1 from 1999-2003 and the AP2 from 2004-2009. The AP1 debuted with Honda’s 2.0L F20C inline-4 engine which made an impressive 240HP and 160lb-ft of torque at an eye-watering 8300RPM and 7500RPM respectively. That engine was mated to a 6-speed manual transmission as God intended and given the crazy power band, the car could go from relaxed city cruising to face-melting rocketship with a couple downshifts. 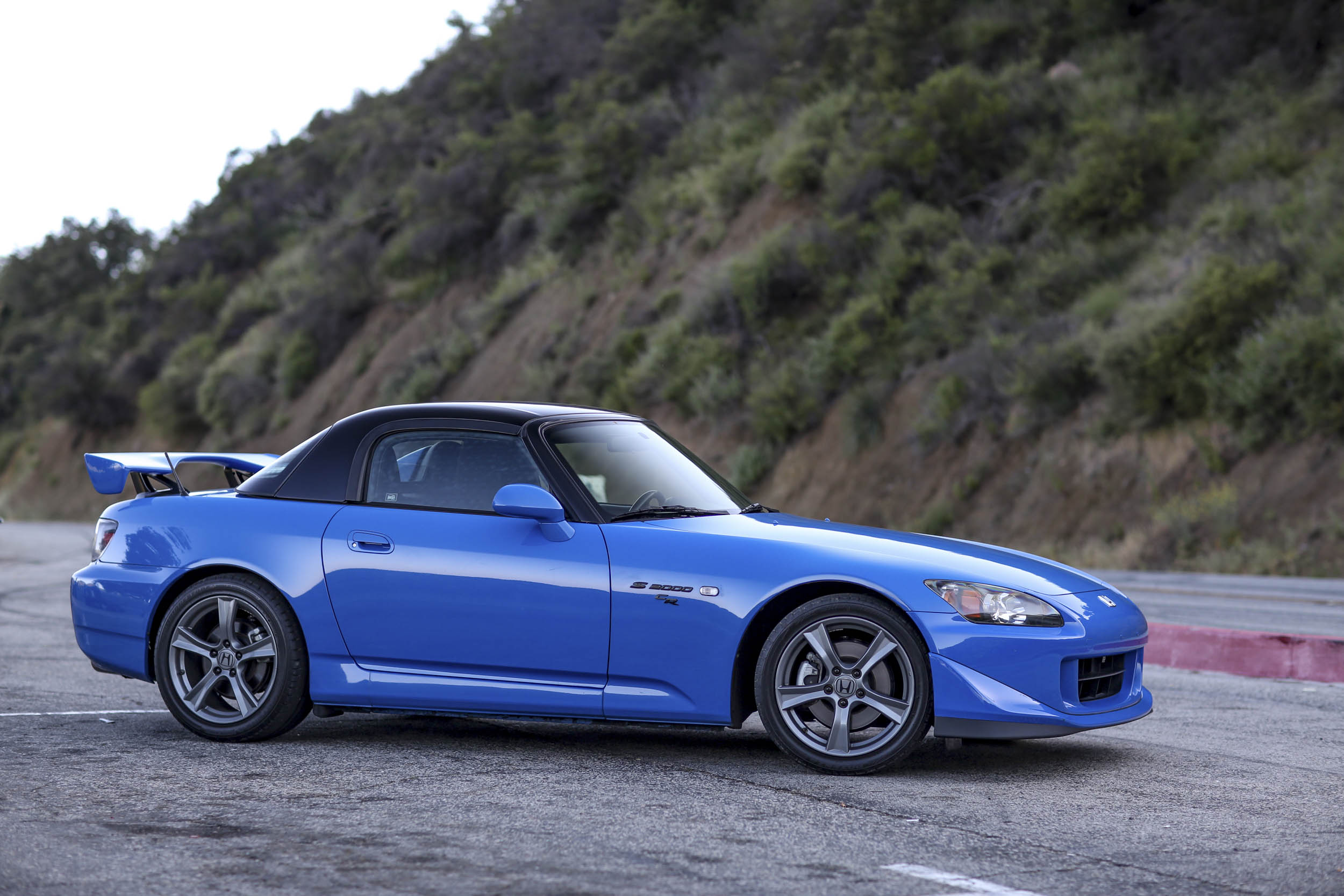 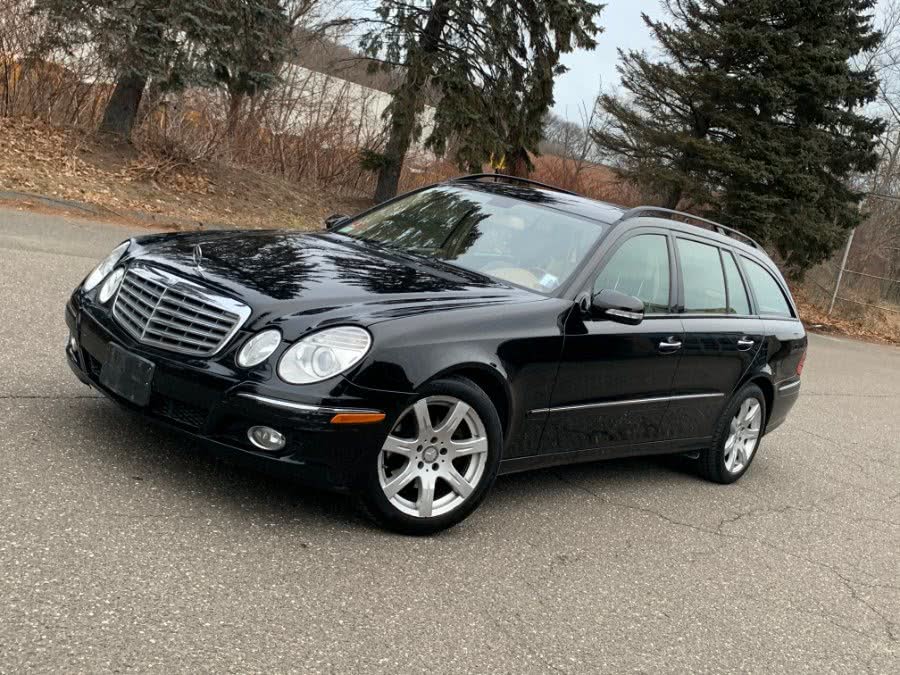 Let’s split this up into the W211 and W212 generation E-Class wagons. The E-Class has long led the field in mid-size luxury sedans. While the Europeans , who are obviously more enlightened when it comes to automobiles, have embraced the wagon body E-Class for years, the United States continues to needlessly stimatize wagons while placing SUVs and CUVs on undeserved pedestals. This attitude is part of why these cars are actually quite rare. There wasn’t much of a market to begin with and those who own and maintain their cars well are loathe to sell them. 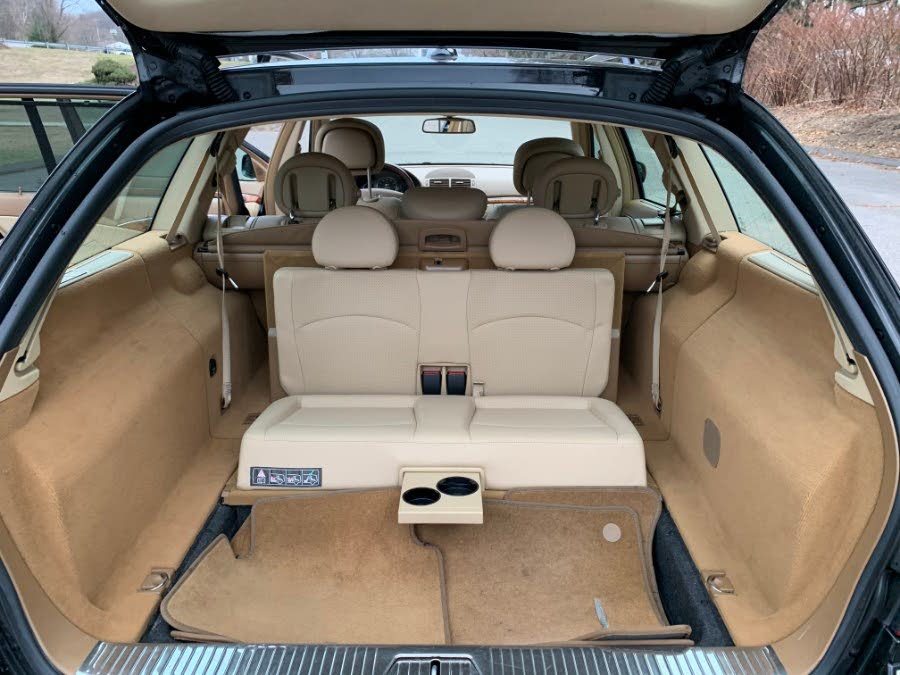 So why the E-Class? This may sound childish but those two rear-facing seats in the back are a total game-changer. As a kid, I always wanted to ride in those and wished my parents had that car. I hope to be that cool parent with the rear-facing wagon seats that my kids and their friends can fight over. This car can transform from 7-person people hauler to SUV levels of storage and carrying capacity. 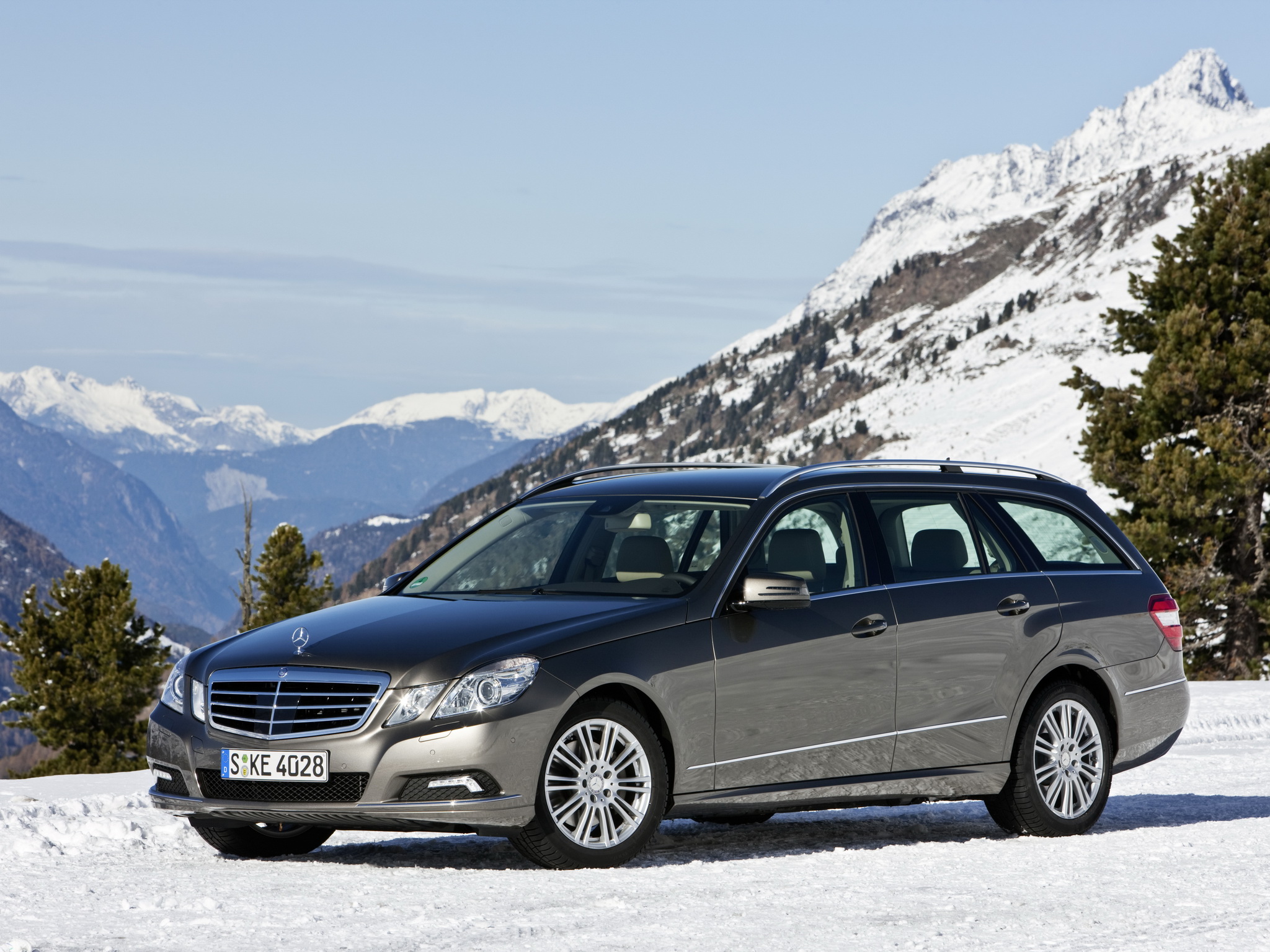 Sure, it won’t go offroad but most of your SUV/CUV buyers aren’t going offroad either. The car offers excellent utility but is also incredibly refined and luxurious. Most of the electronics and tech are outdated but the interior materials have held up great and the overall design is no worse for the wear than any car from this era. The interior design of the W212 is obviously more modern than the W211 and it is a beautiful car in its own right but there’s something about those pair of bug eyes that give the W211 a classic look. 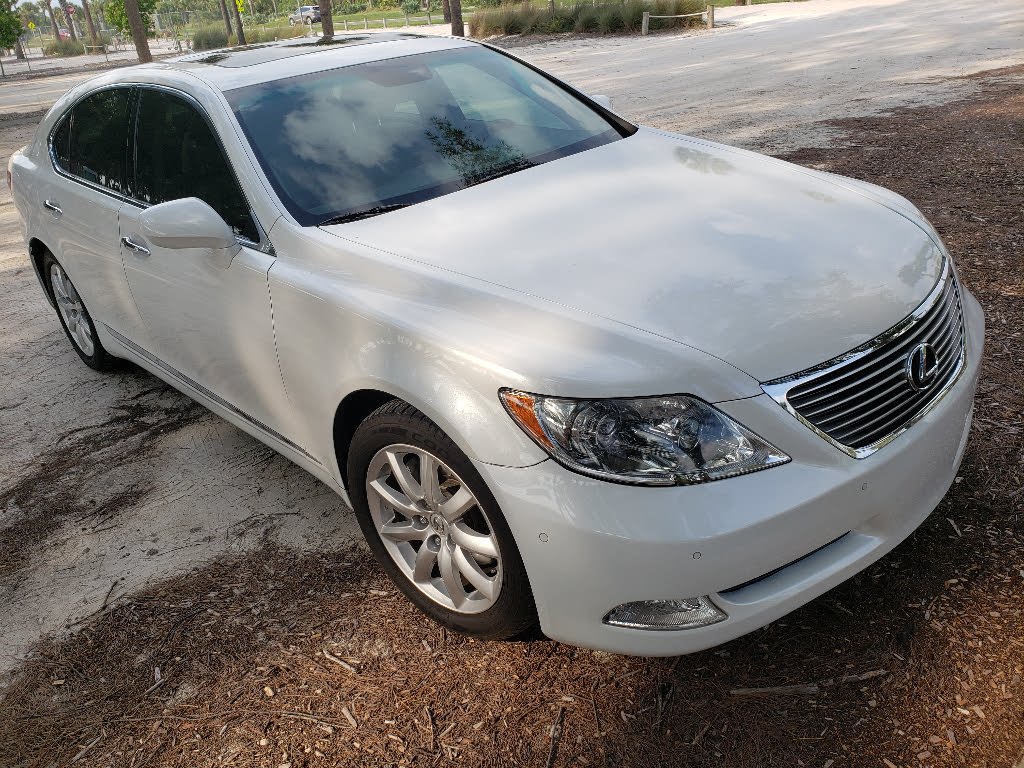 The Lexus LS is an icon of affordable and reliable luxury. When it was introduced in 1989, the world had never heard of a Japenese luxury car. Obviously, the Japanese had been making luxury cars for their domestic consumers but the U.S market was accustomed to Japanese cars being cheap, mass produced, and economical. At the time, the luxury market was dominated by German firms; BMW, Mercedes-Benz, and even Audi to an extent were the go-to brands in terms of luxury. American automakers were in dark period so let’s not talk about them. 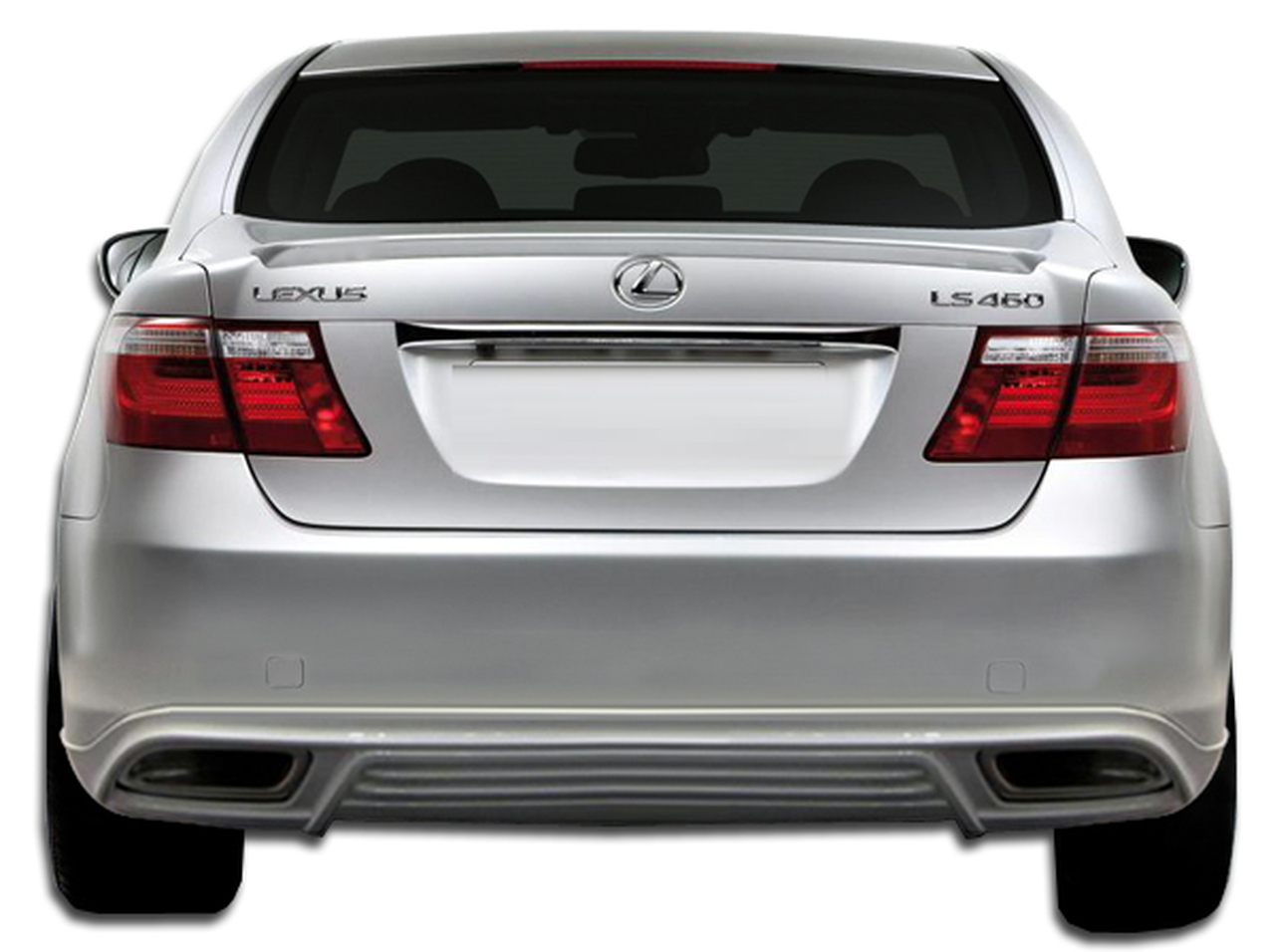 Toyota had done their homework, they knew they would need a separate brand to launch their luxury products, they also knew exactly what American consumers were looking for in their luxury products and the car was purpose built to meet those demands. The car blended opulence and technology with reliability that none of the other luxury brands could boast. This all made for a very attractive and competitive offer for those not obsessed with their car’s badge. Genesis is a similar situation and are largely following the same playbook that Toyota and Acura executed to perfection in the 90s. This is one of the cars that put Lexus on the map as a luxury brand.

The LS460 is the fourth generation of the Lexus LS and was produced from 2006-2017. The LS460 is powered by a 4.6L V8 engine mated to an 8-speed automatic transmission. The powerplant develops 380 HP and 367 lb-ft. of torque. No one buys the car for the numbers though so I don’t know why I bothered looking them up. The reason for the cars longevity in this generation comes from the durability of the interior and exterior design. The first iterations of these cars don’t look their age at all and fully loaded, the infotainment touch screen looks comparable to many touch screens today. The exterior design is conservative which tends to age very well, as is the case here. All in all, the car is a pretty complete package which will ride and age well. 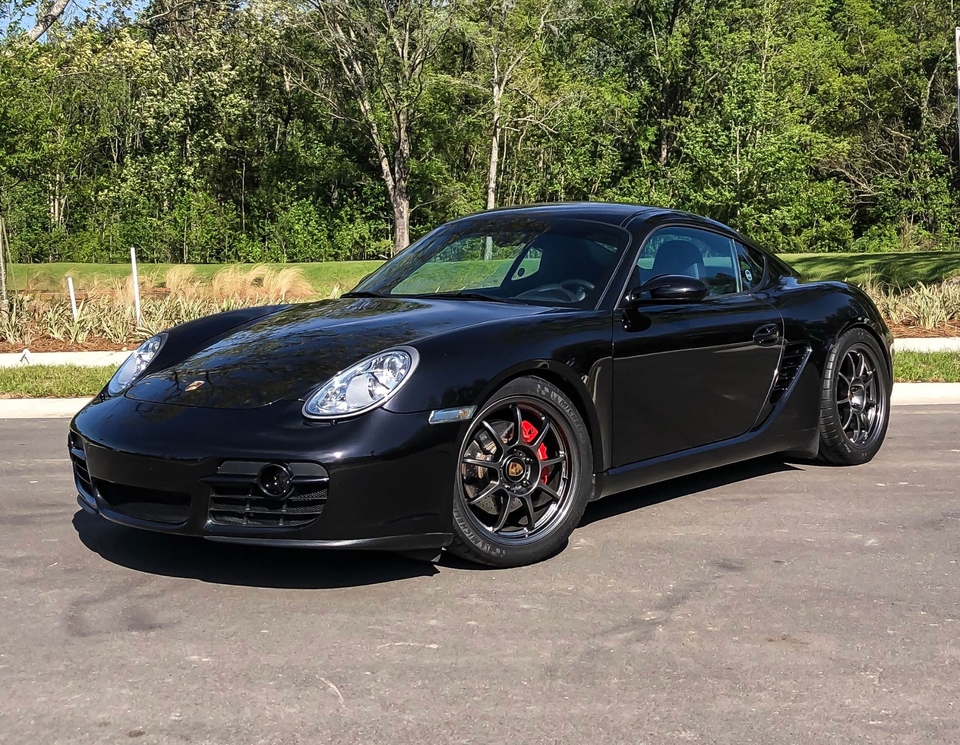 The 987 Boxster/Cayman was the second-generation Boxster but the first generation Cayman (the Cayman is basically a hard-top Boxster). Since 911s are totally overpriced and therefore overrated, the Porsche Cayman stepped in to fill the desperately lacking niche of fun and affordable sports cars. Obviously, I’m not talking about a new Cayman. The 987 Cayman was produced from 2006-2012 and sported a mid-engine Flat-6 engine. The base and S models provided 2.7L and 3.4L flag sixes respectively and over the years, the engine displacement changed very little. The original base model came with a 5-speed manual while the S gave you an extra forward gear. By 2009, a facelift brought with it several fixes, one in particular to the intermediate shaft bearing (IMS) was huge as that was a point of failure in pre-2009 engines. 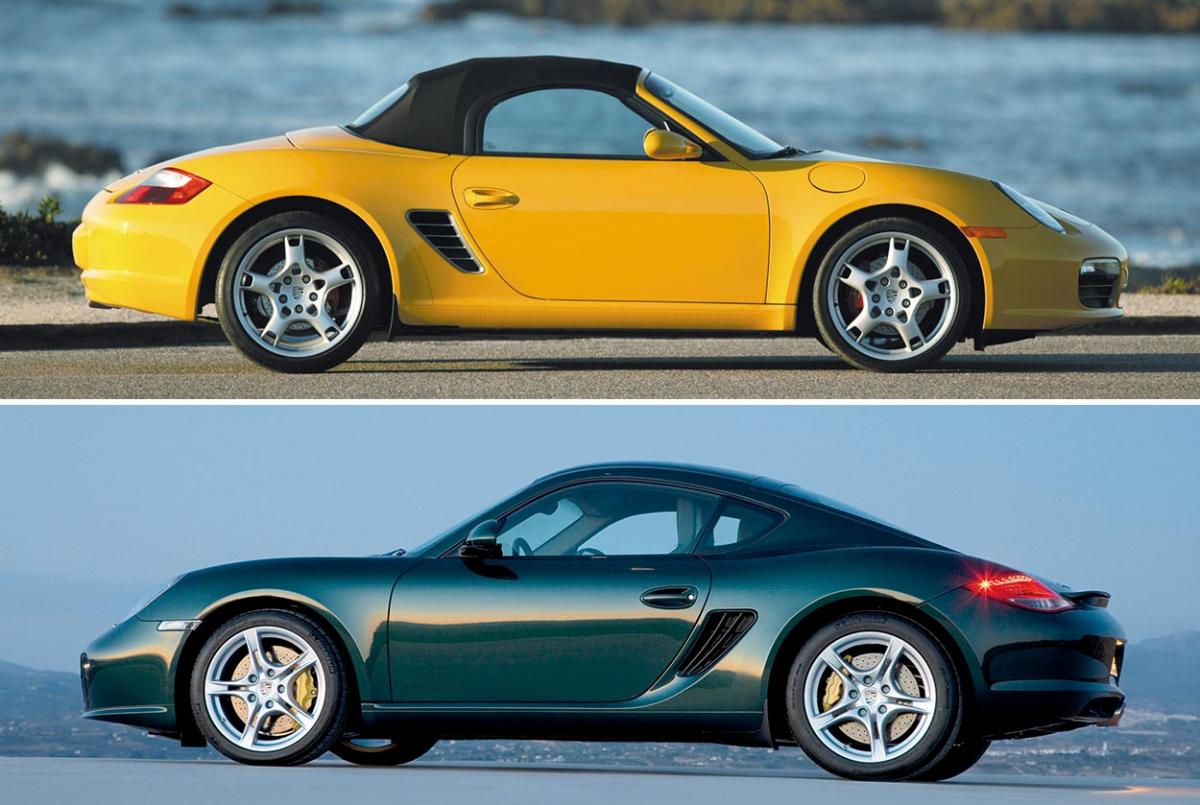 The equivalent generation Boxster is also a great car and based on your preferences, may even be preferable (if you’re into convertibles). But if you prefer a hard top for rigidity, aerodynamics, and comfort, then the Cayman is going to be the better get.

I could go on ad nauseum but my 2-year old is pestering me to put her down to sleep. After reading a terrifying and enlightening article, I have begun seeing the world through a new lens. The article illuminated the grim reality of our current state. Humans have had a measurably adverse impact on planet Earth and the article summarizes the myriad effects we are likely to experience over the next three decades. Some of those predictions have already played out in the form of COVID-19 but many more of them will become certainties in the near future. With this post-apocalytic paradigm, I began evaluating many aspects of my life differently. For instance, I started to consider SUVs and trucks for the first time in my life. Done right, their combination of on and off-road utility with reliability and maintainability make for perfect post-apocalyptic transportation. 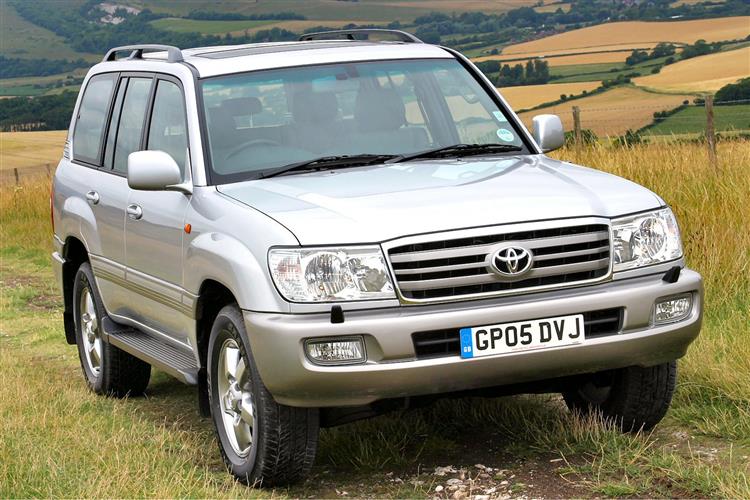 The winner of this car search is undoubtedly the Toyota Landcruiser. The specific generation is up for debate but I consider the J100 to be the best bet. The J100 was produced from 1998-2007; for sake of example, let’s say the shit hits the fan in 2030, then this car will be about 30 years old with plenty of spare parts and be in the prime of its life. Most cars at 30 are old but the Land Cruiser is really just getting started. The older Land Cruisers were far more rugged and lacked any semblance of creature comforts. They were certainly capable but would you really want a 50-60 year old car in the apocalypse when there are newer, equally reliable, and more capable cars available? 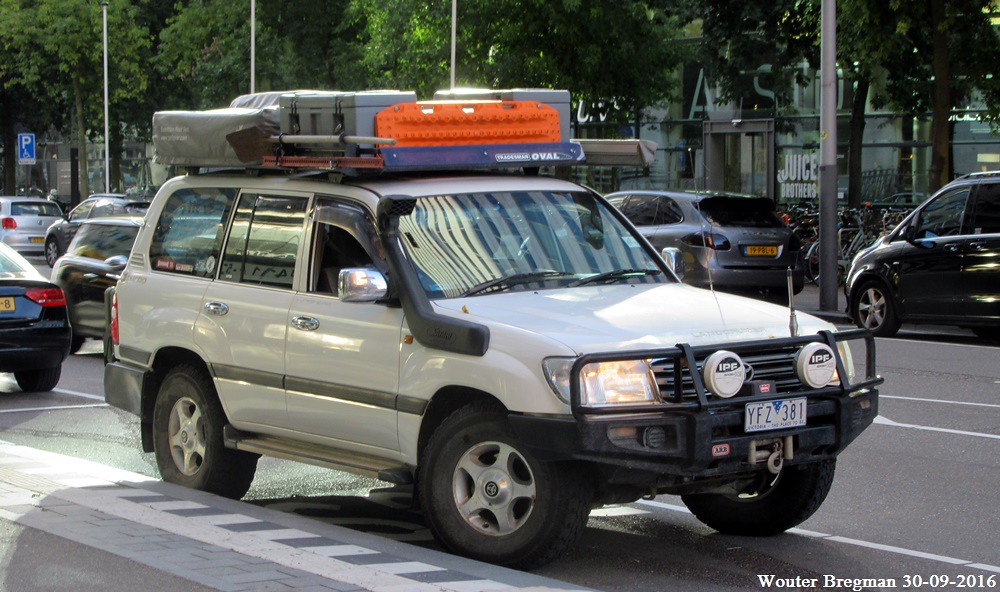 I’m going to end this with a fun little search I like to use to explore old beater trucks. I’m not into fancy luxury trucks and as a purist, my thoughts on trucks are body on frame, mechanical > electrical, no comfort or luxury features (AC is debatable), and bullet proof engine. The ease of self-maintenance and repair is huge here as auto mechanics will not be readily available.

The search parameters are as follows: 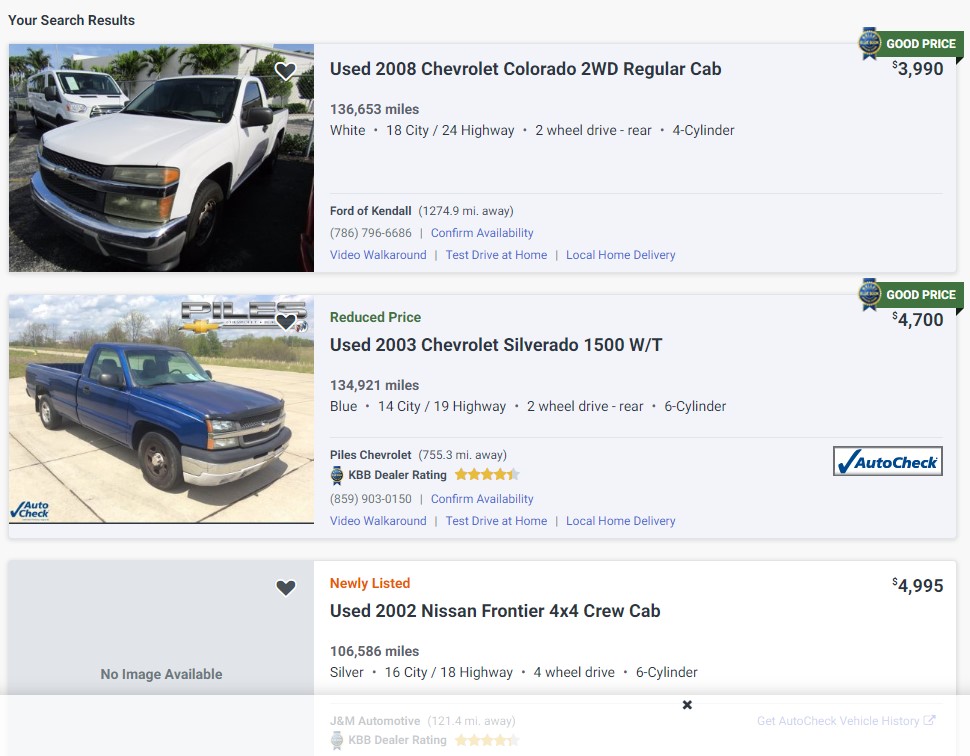